The history of Hévíz was shaped by peoples long lost in the mist of history. It was discovered and then forgotten. Who knows who could have been the first to dip themselves in the source? Whose pain could the thermal water ease for the first time? Although we cannot find the answers to these questions, the objects left behind by our ancestors tell us a great deal about their lives. We are proud that the most ancient object, a 7500 year-old pierced stone axe of the city was found on the premises of our institution.

Roman presence is confirmed by Villa Rustica and the altar stone dedicated to Jupiter. There were also pieces of pottery and coins found in the water.

In the centuries that followed the fall of the Roman Empire, there were Huns, Goths and Avars living in the area.

The Roman-style Egregy church may have been built in the second half of the 13th century. The first written memory is almost 700 years old, and is the first place where the name 'Hewyz' appears.

The Turks burned the settlement to the ground and the rising level of Lake Balaton during the short ice age caused the area to turn into a swamp and cut it off completely.

The 18th century saw the Festetics family taking possession of the source and the surrounding area. György Festetics had a small wooden hut built for changing clothes in 1795, which could be used by people living in the area for free . Earl Festetics also ensured that word about the lake would reach even the more distant places.

There were seven numbered stone houses built on the lakeshore before 1870. Houses no. 1-6. are bungalows, only 'Hetes Ház' is not. Buildings of the hospital were built on these foundations. The 'Winged Cherubs', a statue made of artificial stone sculpted by an unknown artist was erected at the spa’s western entrance by the Festetics family around the turn of the century. They are supposed to guard the therapeutic force of the lake. Vencel Reischl, Keszthely-based brewer hired the bath for 35 years in 1905. He soon acquired national reputation for the bath as well as introducing remarkable developments, which led to Saint Andrew settlement changing its name to Hévíz Saint Andrew due to the proximity of the more and more famous thermal lake. 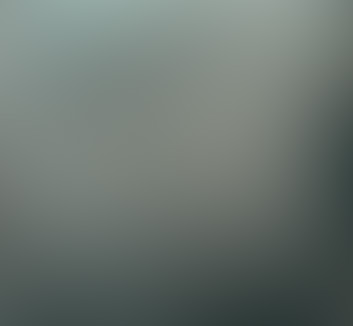 Superior studio apartments in Heviz for two and also for 3-4 people, 500 meters from the thermal lake.

The Treaty of Trianon separated a number of bath settlements from Hungary, which added to its significance. Hévíz saw spectacular developments from the 1920's onwards.

The thermal lake was first managed municipally and then by the state after the Second World War. The growing number of visitors resulted in a growing number of building projects. The first thermal hotel of the country was built in the middle of the 70’s in Hévíz. The restoration works of the bath estate’s old buildings started a year later and were finished in 1985, but unfortunately the main buildings of the lake spa burned down a year later.

Hévíz received the title of township in 1992 and was rewarded the first European prize for 'A flourishing Hungary' in 1997 and second prize in 1998.

The amount won by the Széchenyi-scheme tender was spent on restoring the buildings of St Andrew’s Thermal Hospital and the lake.

A new, unbroken and see-through space was created with four mirror baths. This meant that a bathing space was created which could be used by guests during the summer as well as the winter months. The space is also suitable for homing standing receptions and concerts.